The fourth man in football

A few years ago, the concept of the third man in football became popular and for the last few weeks the term fourth man, which is an evolution of the previous concept, has been in vogue.

The definition of the third man is the combination of passes between three players, in which the first player in possession of the ball looks to play with a teammate who may be in advantage but with an opponent nearby who covers a direct line of pass and to get to him he looks, in order to play with another teammate who would be the second man to play normally face to face with the player who is in advantage who is the so-called third man.

It is a move that has been classified as practically impossible to defend unless the opposing team manages to anticipate the pass. It was during Pep Guardiola's time at FC Barcelona that it became trendy and this is how Xavi Hernandez, midfielder at the time and current Barcelona coach, defined it: "The third man is impossible to defend, impossible. I'll explain what it means. Imagine Piqué wanting to play with me, but I'm marked, I've got a rival on top of me. It's clear that Piqué can't pass it to me, it's obvious, so I move away and take the opponent with me. Then Messi goes down and becomes the second man and I'm the third. Piqué then plays with the second man, with Messi returning the ball to me face first as soon as I appear. If the person defending me is looking at the ball he can't see that I'm unmarked, so I appear and I'm the third man. We have already achieved superiority. This is indefensible, it's the Dutch school of Cruyff.

Let's look graphically at the meaning of the third man: 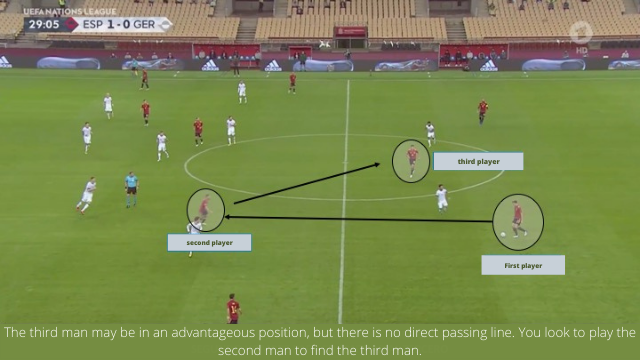 The term fourth man has been bandied about a lot in recent weeks due to the level of football that Xavi Hernandez's FC Barcelona are showing, continually using this concept in their attacking play.

Football consists of generating advantages behind the back of the player who comes out to press, looking to gain depth in the game.

FC Barcelona are generating many situations of this type with Aubameyang who comes to receive with his back turned and play with a midfielder facing him and with a winger or inside player who acts as a fourth man by making a breakaway behind him. Timing and coordination between players is very important to achieve superiority in space. The fourth man who moves behind the defender's back is important not to rush his movement and to hold on so that the opposing player has no doubts about coming out or not coming out and so that he does not fall offside. The second man will have to have technical mastery to touch a pass facing an opponent pressing behind him and to be precise in the pass to the third man. In the case that he receives with the option to turn because no opponent is coming he will have to perceive that and make the turn.

Here are two examples of FC Barcelona using the fourth man concept in their last two games against Galatasaray and Real Madrid. In the first example the inside right is the fourth man and takes advantage of the space left by the striker (second man). 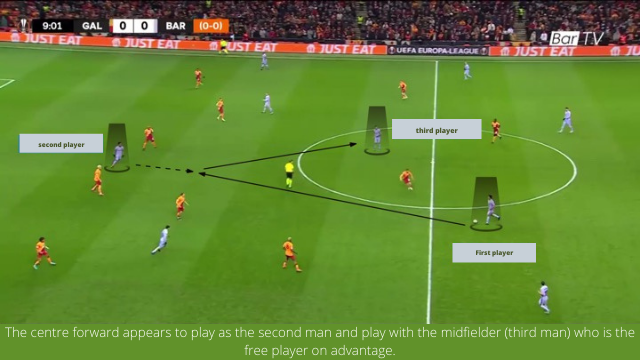 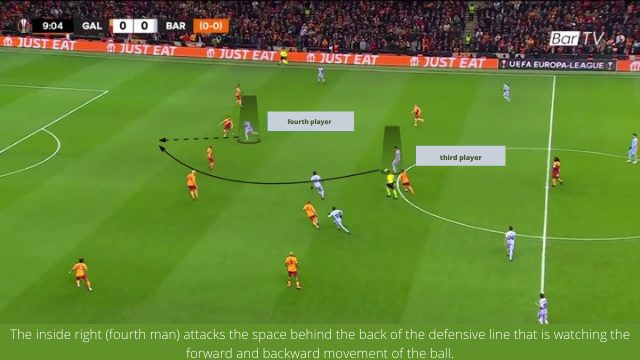 The second example: the left winger is the fourth man and takes advantage of the space left by the striker (second man). 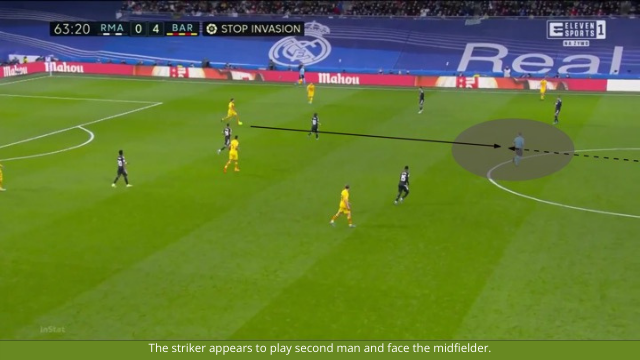 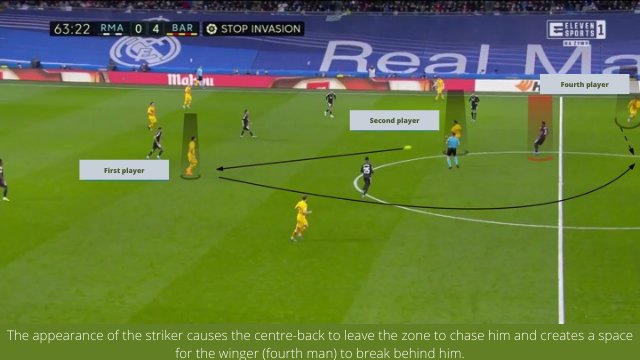 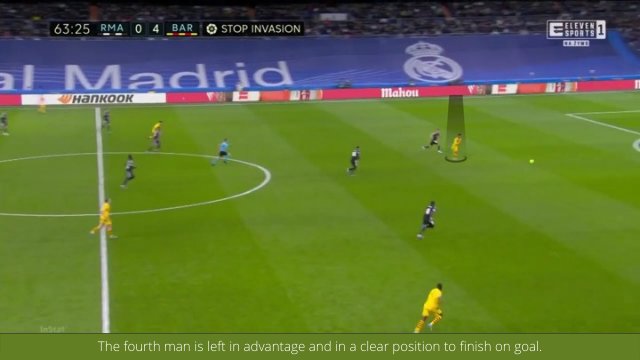