The Gavi effect was one of FC Barcelona's main weapons in their Super Cup final victory. The first title of Xavi's era at the helm of the team will be remembered for the display against the reigning European champions.

The blaugranas tried to impose their football and in many moments managed to have ample time on the ball against a Madrid side that in midfield felt overwhelmed by the inferiority they had, with Barça's four players. Gavi's position as a "false left winger" allowed them to create constant superiority inside. 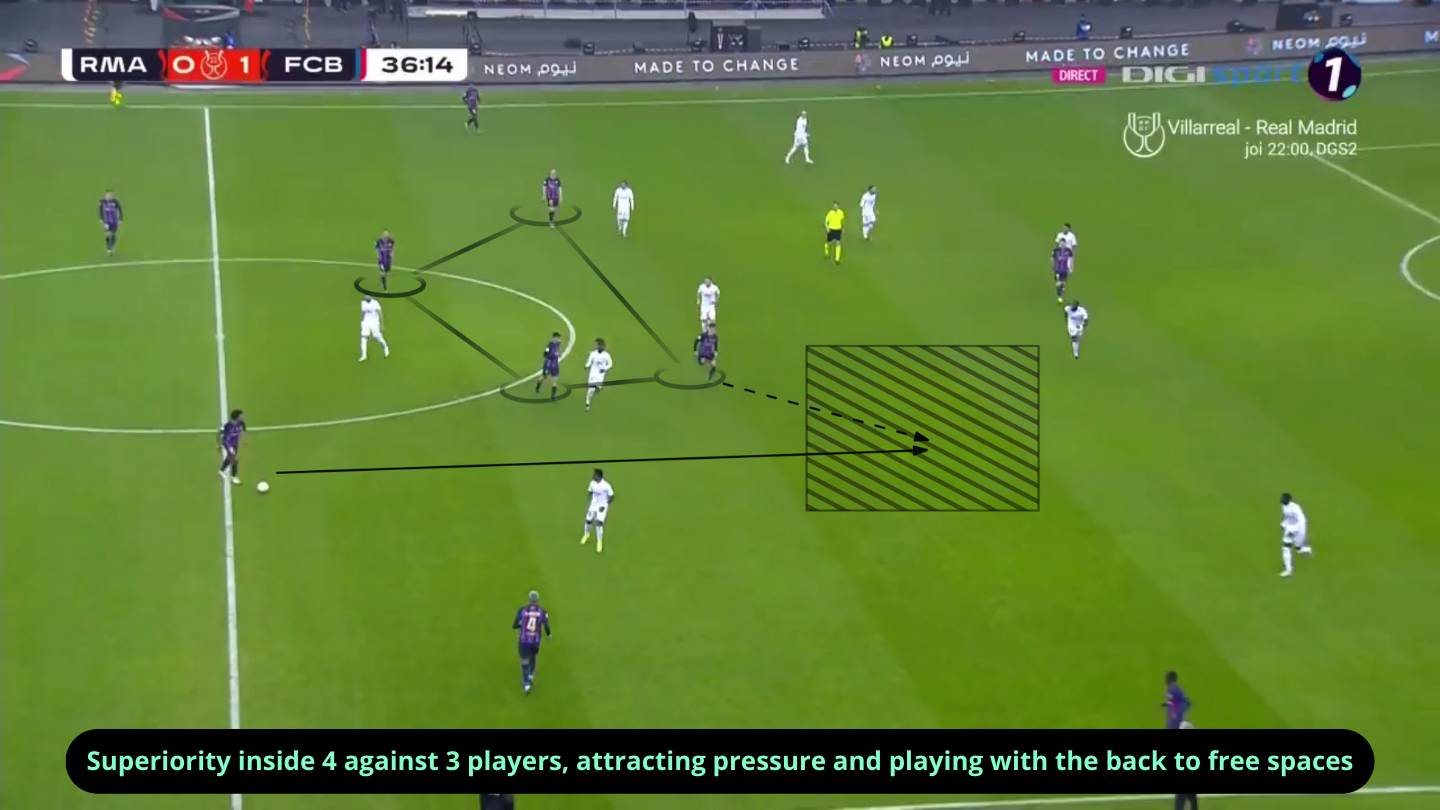 We can see the four Barcelona midfielders on the inside, forming a square, giving width on the left side to the full-back and attacking the spaces between the lines on the inside.

For Madrid, Toni Kroos was in charge of pressing when Busquets received the ball, the German left his position and moved forward, something that Barça soon realised and were constantly looking to take him out of the area to attack the free space left by the Madrid midfielder. 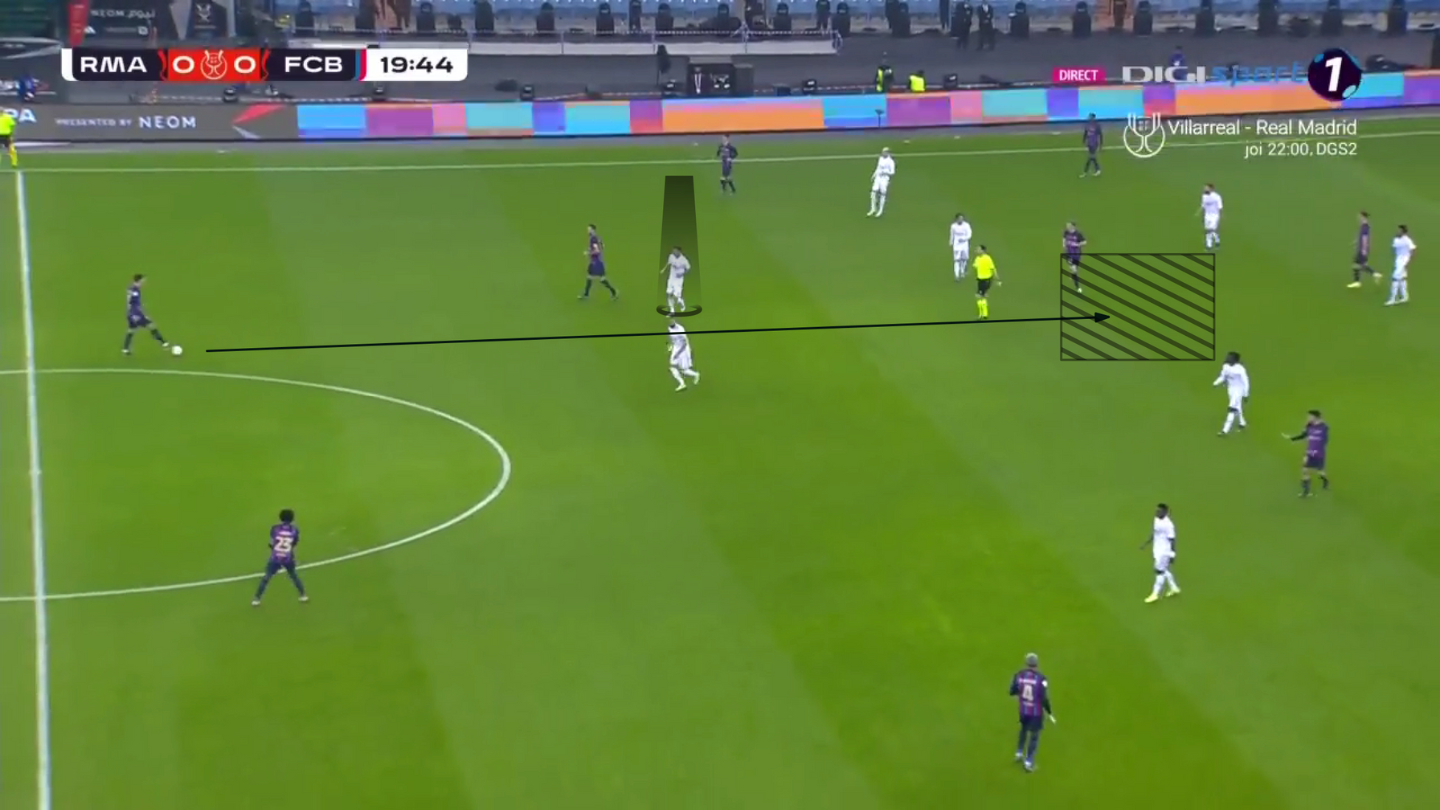 Toni Kroos out of position near Busquets, and behind him there is an open defensive gap between Modric and Camavinga that Barça were constantly exploiting with a pass behind his back to a midfielder between the lines. 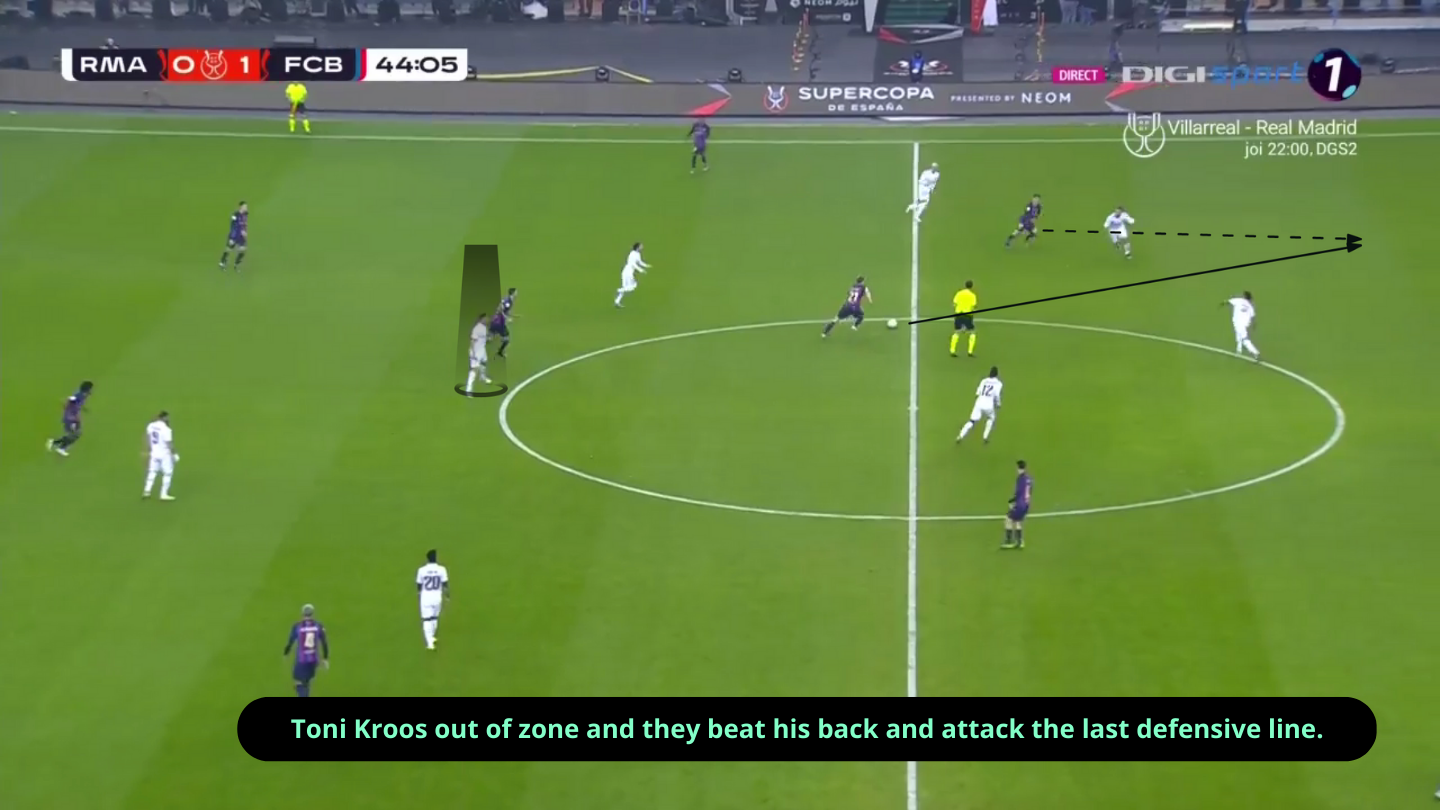 Once again we see how in the second goal, once again Toni Kroos is out of zone and they play behind him in a very large space to receive the ball and when receiving there is a serious misconception by the right back Dani Carvajal who jumps for the player with the ball, forgetting that Gavi breaks behind him to receive with space to get to the opponent's area and leave the ball on a plate to score the second goal.