1. How did you get started as a coach and an sport analyst?

I started as a coach out of sheer vocation when I was only 16. I discovered I was passionate about the internal logics of football, the way the teams were organized and how the players moved. Since I was a little kid I was interested in these things, and when I realized I had no future as a player, and thanks to my family’s support, I dared to take courses to become a Base- football Instructor when I was still very young.

Season after season I kept on coaching Base-teams, in lower categories, combining this with school and also with my coach courses.

After graduating as National Football Coach -UEFA Pro, and as teacher at the University, I decided to embark myself in a series of adventures in different countries setting Valencia as my base, so I could get to know the culture and the way football is played in other countries, such as the United States, the Bermuda Islands and Sweden, among others.

During that time, I was already flirting with Tactical Analysis, but I didn’t start digging in to it and get my specialty until I arrived in Tarragona for the 2014/15 Season in 3rd Division. At the end of that season, and coinciding with the Playoffs to move up in the Female 1st Division against the Real Betis Balompié, I took the chance to officially work as a Tactical Analyst for the UDGT Tenerife, where I have been working ever since and soon will start my 4th season.

2. You currently work for the female team of UDGT Tenerife, what’s a common day at work like?

It is true that my role within the technical team, my weekly routine, is somehow different when compared to the rest of the team, and even from the rest of the staff, because we have to adjust to the dates and needs of the players in terms of the information we have to pass along with our analyses.

When it comes to analyzing the rival team, I can say, for instance, that we start watching their matches 8 to 10 days prior to the game so the Monday of the week we have to play, and right after finishing our Sunday match, we all coordinate and keep in mind the aspects of our rival that should be included in the weekly training plan or the strategic layout. The tactical report on the rival and its video analysis are taken from this analysis.

The video sessions with football players containing information about the rivals are always developed on Wednesdays or later in the week, coinciding with the days of highest acquisitions in terms of tactics during the training sessions.

On the other hand, when it comes to analyzing our own team, the routine starts on Sunday, with the direct analysis of the match, followed by post-match, and on Monday we filter and select the information. Monday afternoon, we share the Analysis during the collective video-session, or even on Tuesdays if the team rested on Monday.

We have to coordinate many aspects in this work and practically every day we have an analysis in scope.

3. What would you say is more important, analyzing your own team or the rival’s?

In this sense I have tried to adjust to needs of the Club as much as possible: our situation, our History, our possibilities.

When we just had ascended to 1st Division, both our analysis and our game were based mostly on how to counteract the tactical strengths of our rivals and how to profit from their weaknesses, since for us it was crucial to know everything about the rival team: players, styles, trends…

As the seasons went by, and also due to the increasing trust our players placed in the Tactical Analysis work, every day we spent more time stablishing behavioral patterns -either individual, sectoral, group or collective patterns- we find in our team and that we are interested in boosting or correcting in the short and medium terms.

4. What’s more important to you when analyzing your team? And the rival team?

When we analyze our team, we always make it a priority to search for images of the game that illustrate whether we have achieved the 3 or 4 tactical goals we had set for that week at a strategic level -talking about our approach and not the set pieces- during the competition and, from there, figure out how we can improve or reinforce these aspects.

We don’t establish priorities when it comes to rivals: we want to know practically everything, everything might be relevant at a competitive level and we want to “study” it to get the 3 points.

Obviously, we filter all the information gathered, and then we pass it [tendency] forward to our players indicating who are the players we’ll face, their most significant behaviors, set pieces, individualities and profiles together with the status of their classification, who’s playing and who’s not. 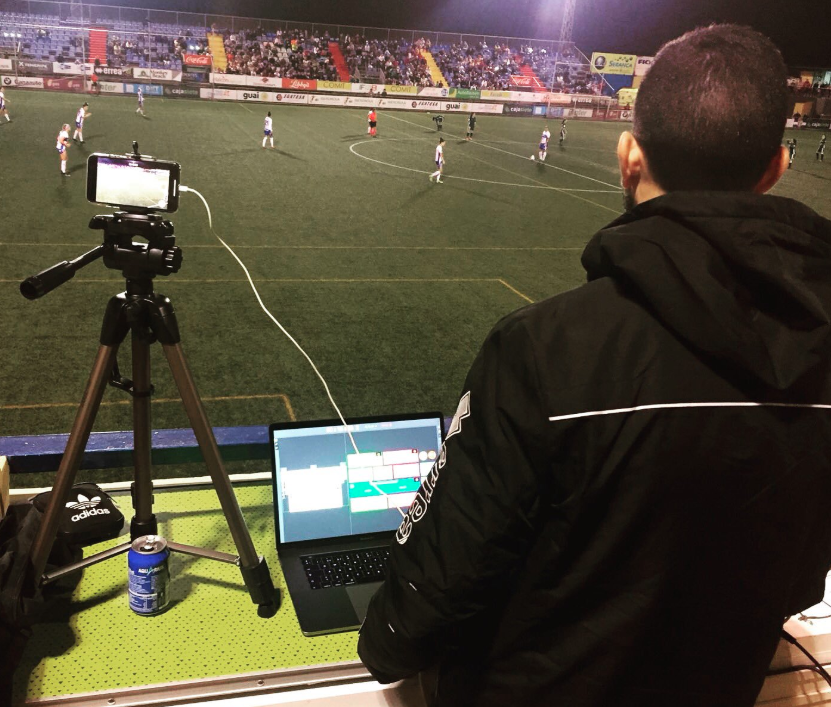 5. How do you, as an analyst, manage to adapt to the different coaches a team might have?

6. What do you think about the growth of women's football here in Spain? Is there still room for improvement?

In terms of sponsors and directive teams, clubs are making a huge effort. We need more involvement form public organisms and institutions, the private sector and society as a whole.

We must keep on growing in monetary resources, but most of all, in human capital. We need more and better facilities, logistics, organization…

That being said, I am lucky enough to have witnessed a solid growth in these four past years, but there’s still a lot ahead of us if we want achieve just a quarter of what the male football has accomplished.

7. Do you think analysts already have the importance they deserve within the technical team? Is there still room for improvement?

I think we’re just beginning to value the figure of the analyst within the technical teams, but we still have a long way to go.

Our success will depend on our “coming down to the field”, on how easily we integrate ourselves and our reports (either written or in video) in the everyday planning and staff organization. We cannot sit still and let everyone else think we’re just a bunch of geeks hiding behind the screen. We are coaches, with a specialty, and this specialty has to add knowledge and value to understanding what happens, why it happens and what we can do to train it. 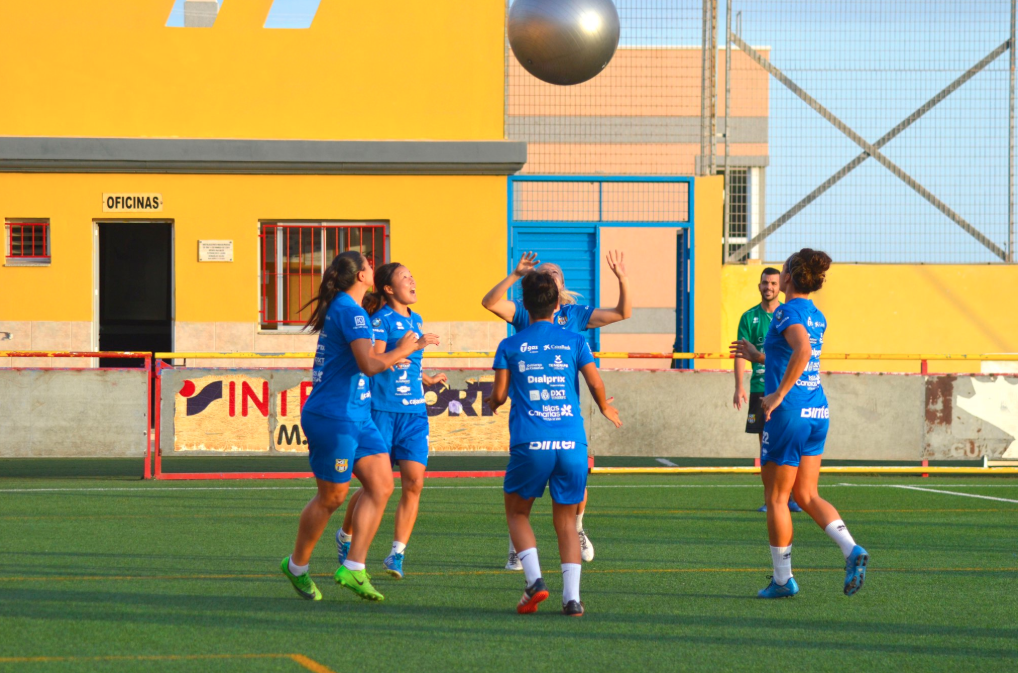 8. What would you say you like the most about LongoMatch?

I wouldn't be able to carry out my duties if it weren’t for LongoMatch Pro. I have everything I need in this software: from teams and players’ data, all that tags for the matches and cuts by moments or situations in the game, presentations prepared and every week’s rivals, statistics win graphics, registers...

The only thing I don’t do with LongoMatch are the presentations of the written reports. But aside from that, for me this software is vital.

I would outline its simplicity, how easy it is to “walk” inside this software, the design. In this complex overinformed society, one of the hardest things to do is turning the difficult into the simple, and LongoMatch Pro manages to do just that. Get ready for LongoMatch Mobile, it’s out of this world!

Be passionate; we can’t move forward without passion.

All the analyses done by Jose Herrera are carried out with LongoMatch, the sports analysis tool. Click hereto learn more.