FC Barcelona won a hard-fought victory on Sunday 9 January at the Wanda Metropolitano to take advantage of Real Madrid's slip-up the day before.

The team coached by Xavi Hernandez started by taking control of the game and found a goal that put them in the lead and from then on they were able to defend and withstand very well the onslaught of the colchonero team that had clear chances to equalise, but the defensive line and a Ter Stegen in goal at a very good level prevented the local goal and the three points flew to Barcelona.

One of Barça's great variations on previous games was that from the back they were looking to get forward almost constantly. With the right-back Kundé closing down to create a line of three with the two centre-backs and thus creating the first superiority against the two Atlético de Madrid strikers. At the back were the two midfielders and between the lines Pedri and Gavi with mobility to receive or fix the midfielders of Simeone's team. 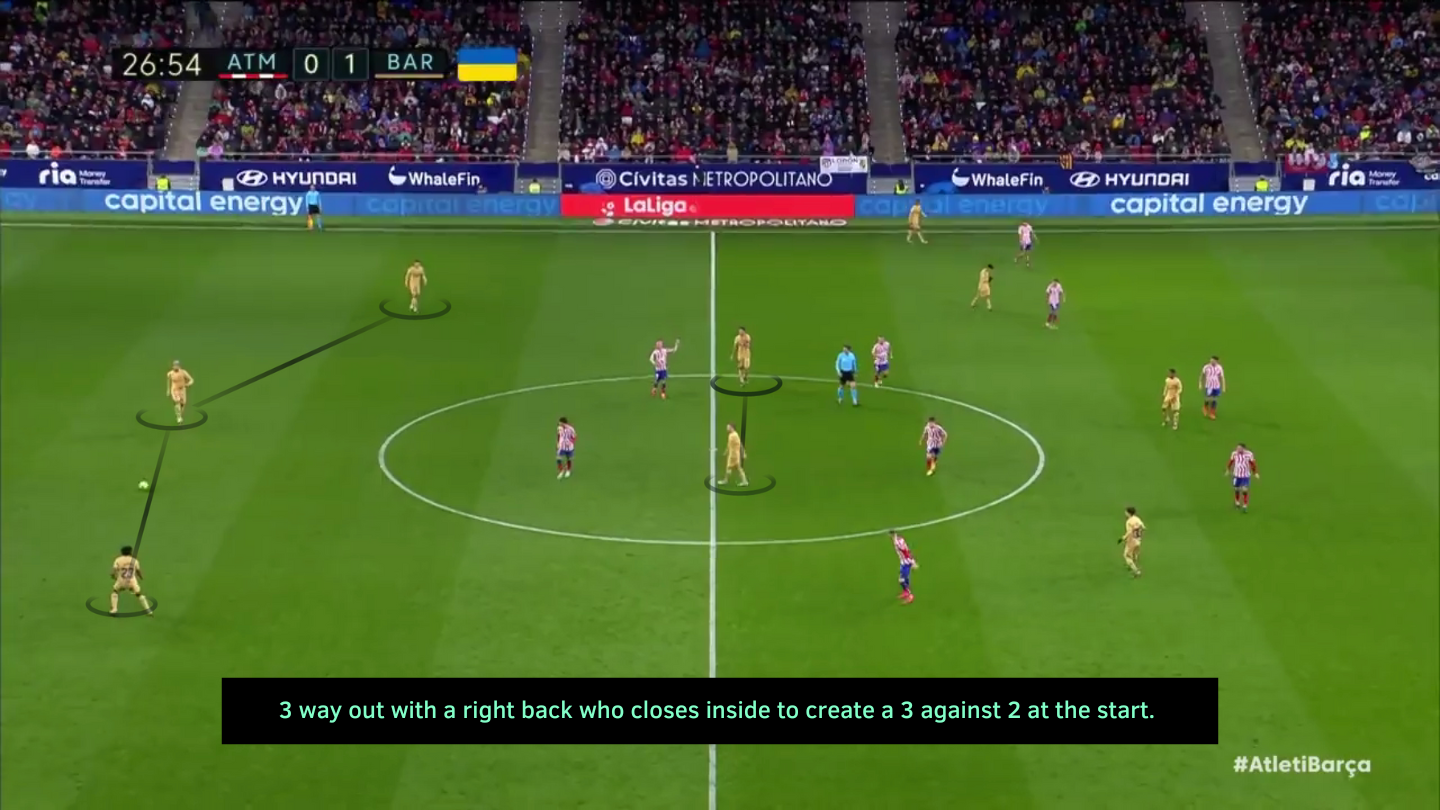 Here we can clearly see Barcelona's positioning on the pitch with players staggered between the lines, making the home defence close together.

This three-man attack meant that when one of Atlético's two strikers jumped over the ball, space was created to play with the double midfielder, overcoming the first line of pressure and creating future advantages in subsequent passes. 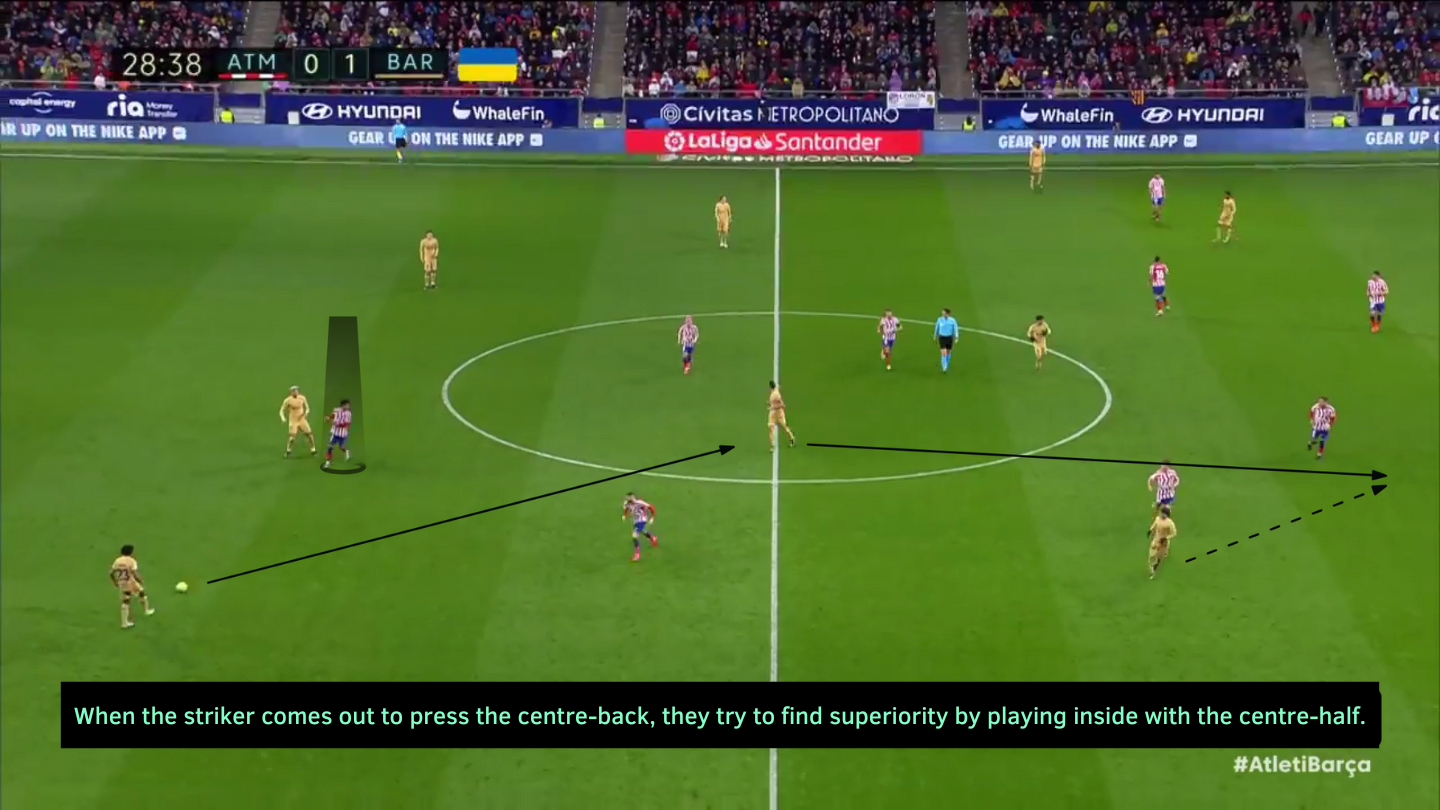 The Atlético de Madrid striker jumps over the central midfielder and when playing to the right, Atlético's left winger has a lot of space to cover and that is where they find Busquets free between the lines behind the first pressure and they already overcome with that pass and a second pass from Busquets into space to break Gavi's depth.

As the game progressed and as a result of the result against the team led by Simeone, they were taking a step forward in their pressure and being more courageous in going to steal up front without leaving so much initiative in playing the culé team. 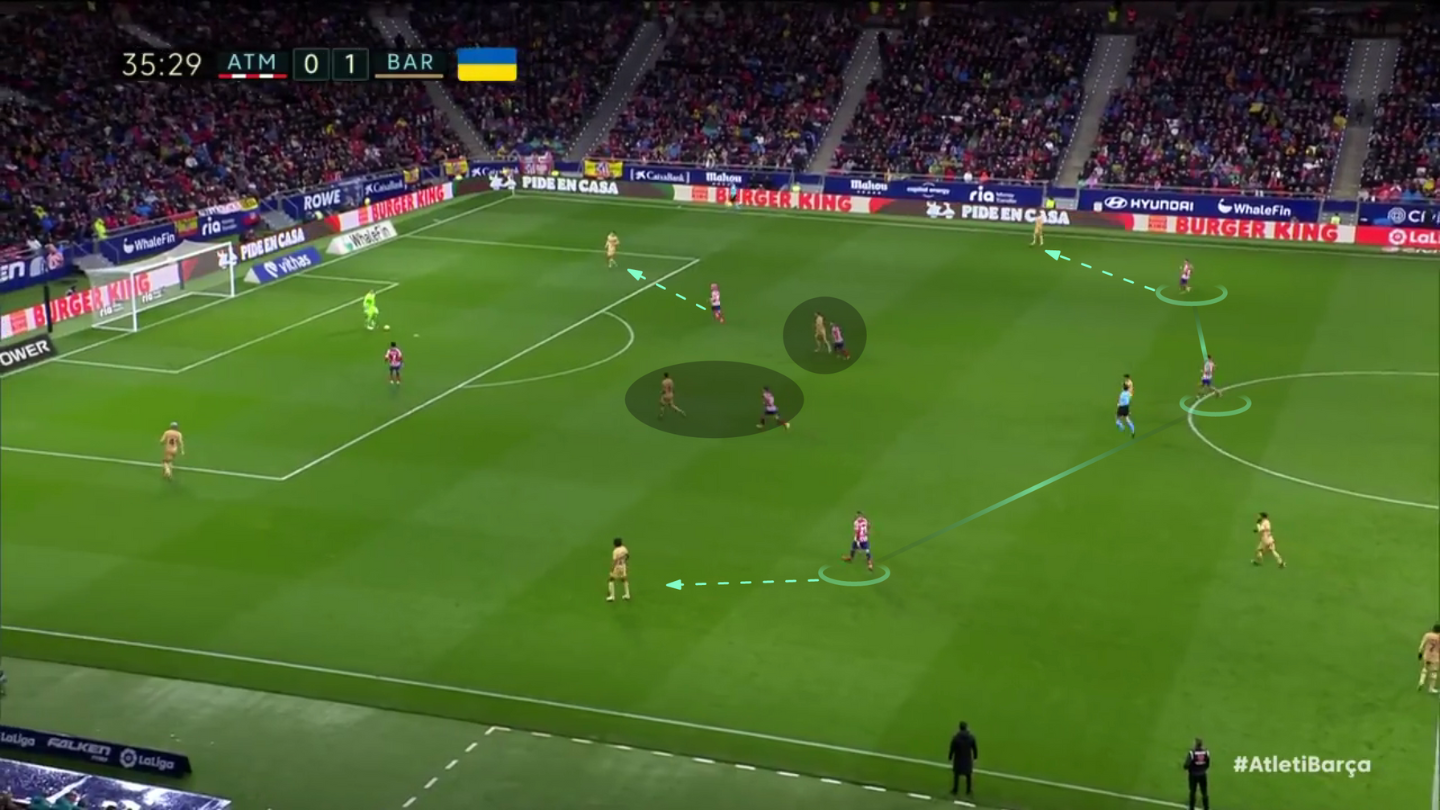 They began to match leaving with many players up to pressure. We observe in the image how up to 7 players are the ones who go to the opposite field to press, in one-on-one situations, assuming risks behind but managing to prevent Barça's advance many times, bothering Atlético and beginning to take the ball and power attack.