1. How did you start your career as an analyst?

Everything began in 2010, when I started my degree in Psychical Activity and Sports Science at Miguel Hernández University (Elche). That same year, I started coaching football for Elche CF’s pool of young players. During the 4 following years, I went through different youth football teams like Alicante CF, Santa Pola, Algueña, etc. During that time, I prepared myself while I was both, working as a coach and taking football courses. I found a course named Scouting and Analysis of the Game, by “La Libreta del Mister”, given by Adrián Esparraga (in that moment, analyst for the Malaga CF, and later analyst at the Tottenham, Betis and Leicester). That’s when I became more interested in analyzing and studying the game, with the first launch of the 2013-2014 season in FC Torrevieja (3rdDivision Group VI). I had many ideas but not enough tools to carry them through.

After that, I spent almost two years at the CD Eldense in 2nd B (2014-2016), with a thrilling play-out against Real Aviles. This is the season when I started working as an analyst. I managed reports, videos and trips in order to achieve a first salvation with Rubén Albes and Toni Madrigal, and a second successful season with Galiana and Joseto Frías in the best season the CD Eldense ever had in 2ndB.

In 2016, I ended up working with the UCAM Murcia CF, carrying out reports on the possible rival teams of a 2ndDivision play-off which would be played against Real Madrid Castilla. During this phase, I met Pedro Reverse (Sports Director), Dani (Re-adapter and Analyst); with a technical staff led by Salmeron as a coach. The following season, together with Galiana and Joseto Frías, I focused on being analyst for an athletic Institution in South America, Uruguay’s 1stDivision. It was a really enriching experience that helped my grow professionally since I was surrounded by a favorable environment to continually reinvent myself within a professional club, though it was modest.

In April 2017, Galiana and his technical team came back to Spain to play Lorca Deportiva’s last matches of the season and a play-off to ascend to 2ndB. We had a really tough ascendant play-off, fighting teams such as Betis B, Jerez and Alcobendas Sport.

During the 2017-2018 season, I arrived at CD Alcoyano, where people quickly recognized the value in the analyst role and this is where I currently am. It’s been a hard year in terms of results, but I’m really happy with my colleagues and everyone else related to the club.

2. The Alcoyano has had different coaches throughout the season, how does this affect the Analyst role?

As an analyst, you have to adapt your work to the coach’s requests. Toni Aparicio and I had different perspectives but working with Galiana and Mario Barrera is completely another thing. Each coach prioritizes different types of analysis, both for the rival and your own team. There’s a list of things you need to know the first day you start to work.

The moment the preseason starts, analysts have their own planification and their specific tasks but, in the end, we (the technical team) always have to adapt to the coach’s ways and demands. My work has always been valued by coaches and players.

3. In 2ndB Division, it is very common to play football in fields with different dimensions and surfaces, which somehow change the way players and teams play. How do you control these aspects?

I believe this is one of the key factors why you need analysts. In this category, we have a wide variety of fields, from stadiums to sports cities. We must provide the technical team with all the information about the club and field we consider relevant. This can modify and set out tasks for our weekly micro-cycle and all this is focused on a goal, which is adapting as soon as possible to the rival field and win the game.

4. How do you organize your weekly analysis?

Monday: after the recovery training session, we present a report of the team we are going to play against next week. First, we analyze the rival club in general, their lasts line-ups, results, players, different phases of the game and last, the statistics. After this report, we play videos of the different phases named before (Offensive phase, Defensive phase, Transitions and ABP). When the video session ends, we propose sessions and tasks for the weekly micro-cycle, with the coaches, the physical coach and the goalkeeper coach.

Tuesday: it is usually a free day for the players, but one of the busiest for us. We mail the information to all members in the technical team and cut the last match’s video in individual frames. We watch the match and select all the actions to work them individually, so each player knows the actions they participated in -so they can look over it personally and comment the actions with the technical staff.

Wednesday: we tape the training session and review concrete actions. Then, we upload it to Dropbox in case we have to review any exercises from the past to repeat them. When the training session ends, we quickly check all the videos on the rival team to see which patterns we need to follow in the next training session on Thursday. Then we edit this video to show it to the players.

Thursday: we tape the training session and then we watch the footage. We finish editing the video with the different game phases to watch it the day after and, once we know our rival’s initial lineup, we start carrying out an individual report of rival players.

Friday: we show the video of one of the phases, defensive or offensive, to the players and we tape the session. When it ends, we review the automatisms we worked on and evaluate the success of what was proposed during the training session. We finish the individual report on the players for the technical team, so it is available for the match.

-Saturday: players watch the video of the phase we didn’t play the day before and we tape that week’s last training session. When the training ends, we review the session and prepare everything for the match. When the session ends, we start working on the rival of the following team, so on Monday we have all the information available. We also follow up closely on everything that happens during the competition, results, matches in TV, lineups, etc.

Sunday: the match takes place after we provide the coach with all the information and, when we know the lineup, we give more data to the players about the rivals they are going to face. If possible, we provide useful information on how to correct them during the half time using Tag2Win, including the actions given by the coach from the bench. After the match, we follow Saturday’s dynamic: we keep an eye on the competition and finish the report on the rival team to give it to the technical team the following day.

5. Do you carry out live analysis in your matches?

In this case, we tape our matches whenever possible and I use Tag2Win to play the match on our tablet and show it to the technical staff during the half time. This is an aspect I would like to develop and consider really important.

6. Which aspects do you analyze in your training sessions and what effect do they have on the team’s improvement?

As I said before, as an analyst you have to adapt to the coach’s requests. This year, we worked with two coaches, and that means having different goals for the training sessions. We try to analyze the tasks when the session ends to know what we can improve to work on the elements each coach wants.

We tape all training sessions, and that helps us show the players where they can improve or how working on certain tasks pays off when playing a match. For instance, we can set up a task consisting in opening on the side lanes and then clear the ball to someone entering from the second line. Often players get to see how putting these exercises into practice translates into scoring a goal exactly the same way.

7. What’s more important for you, analyzing your own team or the rival’s?

In my opinion it is equally important to analyze both. It is true that we’re back on the same situation and that in the end the analyst’s job depends on the coach’s demands.

There are some coaches that think analyzing their own team is more important, and they want to tape all training sessions to watch them over and over again. They check the match videos to identify actions that should be improved, etc. It’s like setting up a game idea and planning the week depending on what happened in their own match without focusing on the rival.

Other coaches prioritize analyzing the rival and planning the week focusing on their strong and weak points. By changing their system and playing style, they aim to win the match by adapting to the information given by the analyst.

As I said, I believe focusing only on one analysis is a mistake. Ideally, both of them should be equally developed, having an idea or a model for the match but without forgetting those strong and weak spots to plan the week and set up the match.

8. What are Alcoyano’s goals for the future?

I believe the main goal for what is left of this season is achieving salvation and get as many points as possible to be on top. In the future? I don’t really know, I think that given the circumstances it’d be a mistake to think too far ahead. We have a clear objective which is getting as many points as possible to place the CD Alcoyano on the top, and the team deserves this.

Historically, and due to its meaning for this zone and because it is in 2ndB, the CD Alcoyano has to fight really hard to get to the top. It is a demanding club, really modest, and full of good people who work hard every single day to build a better future for this club.

9. Which LongoMatch functionalities would you highlight in your work as an analyst?

I consider it’s a useful tool for the CD Alcoyano. I worked with other similar software but in the end, I always choose LongoMatch. Everyone has to choose the tool that suits them better, and LongoMatch helps me save a lot of time.

I really think this software is user-friendly and at the same time it’s very complete. It makes it easier for me to work on the dashboards, projects, and teams, or to transform any video for the club to watch. 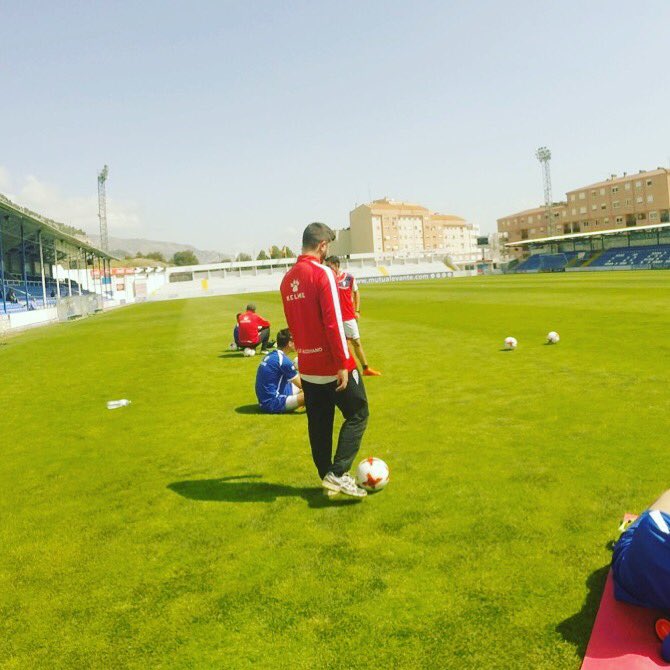 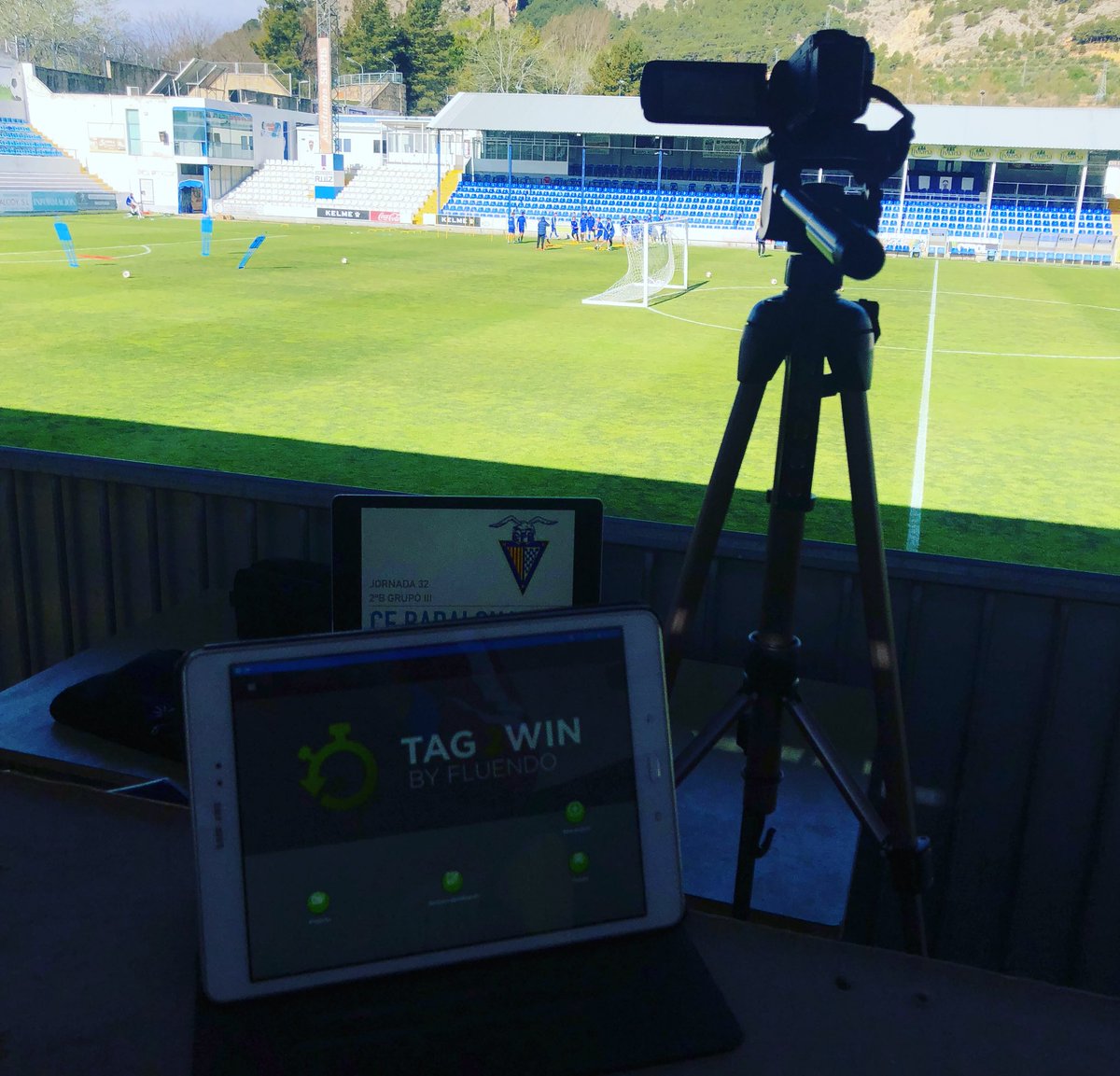