In this post we tactically analyse the keys to the FC Barcelona's victory over Real Madrid that aggravated the Real Madrid's crisis, and ended up with Julen Lopetegui's layoff as head of the team.

Barça dominated the match for the most part, with a 53% of possession and a clear advantage during the first half. At the beginning of the second half, Madrid managed to counter balance their forces and shortened the distance in the score 2 to 1. Madrid even had a few chances to score another goal, but Barça was better in the goal areas and, in spite of the 13 shoots both teams had, Barça was better at hitting the target.

Barça was set out with deep wingers in a 1-2-3-4-1, creating superiority between lines and, on the sidelines, with its forwards forcing Madrid's wingers to stay inside. 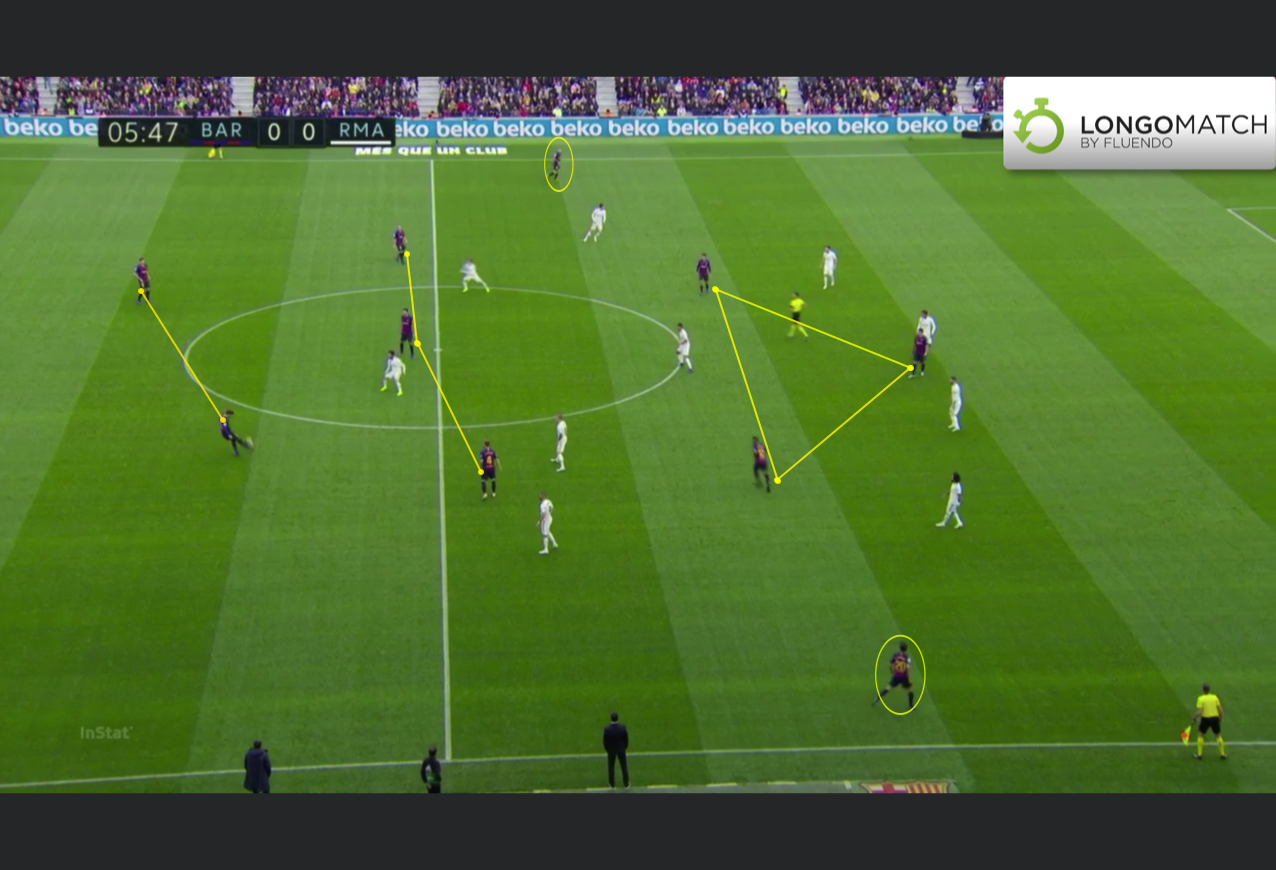 This staggered positioning forced Madrid's wingers to fix the Barça's forwards in the inner filed, leaving space for the winger to move up, without the help of the Real Madrid in this area or their forwards coming out to block the Barça. This positioning helped Barcelona to score their first goal.

When Real Madrid tried to emend this situation and block the offensive actions carried out by Barça's wingers by moving their own wingers out, they would face a clear 2 against 1, leaving the forward outside on the winger's back.

The space between lines Barça found in the midfield is another key to their attack. Forwards would always move towards the empty space left by Madrid's midfielders when they moved out to pressure.

Barça has absolute control over the Real Madrid during the 45 minutes of the match. They pressured upfield in a 1-4-4-2, and were specially hard on the Madrid's defenders since Barça controlled all their options to pass the ball short, always blocking near possibilities.

As we can see, Barça dominated most of the game facets, found Madrid soft spots on the sidelines and was more decisive in the goal area, which is ultimately where you win the match. The Real Madrid has a lot room for improvement, especially in the defensive phase. Madrid is still on time to turn around the tables of a situation that has been getting worse with every match.

All the analyses made in post were performed with LongoMatch, the professional sports analysis tool. Click here to find out more.