We are ready for the World Cup: Analysis Russia 2018

One day before the World Cup starts, we have analysed the circumstances surrounding this cup held in Russia by writing a brief guide about this important tournament.

The draw held last December resulted into 8 well balanced groups, which makes it difficult to to choose a favourite team. Groups C and D seem to be the hardest ones, with national teams that traditionally have shown their great power and emerging teams who are playing at great level. This will make it difficult to classify for the next round and get to the finals. 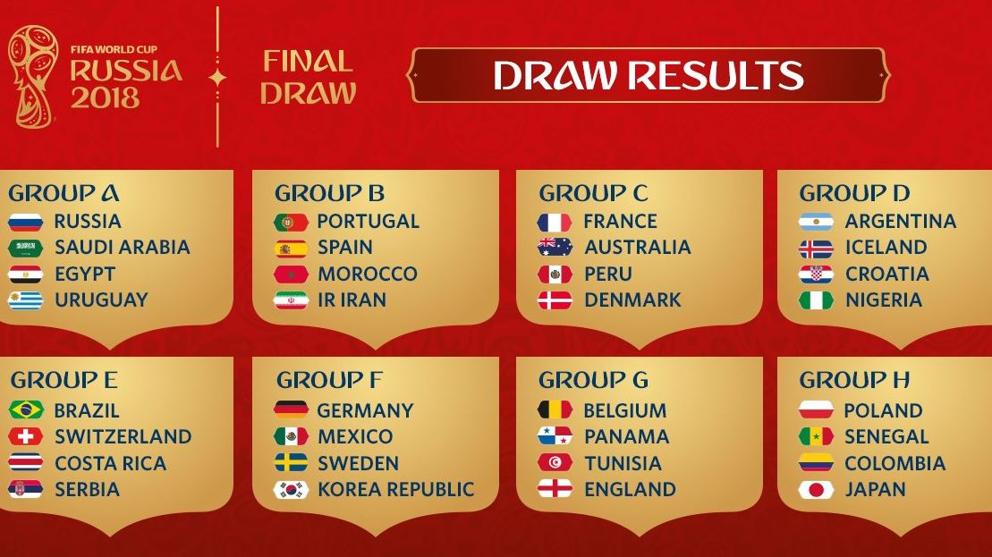 Regarding the summoned players in the different national teams, there are few surprises in the 23 selected to fight the Cup. We could talk about Leroy Sané from Germany who, after a flawless season with Manchester City, wasn't among those selected by the German National Coach. Ibrahimovic was eager to play the World Cup, since it may be his last, but after a year of absences the Swedish coach didn't consider he was fit to play. Last, but not least, in the debate of who should wear the 9 for the Spanish Team, Morata was left out, even when he frequently attended Lopetegui's last summons. Besides, there are a number of Spanish players in top shape ready to give everything for the team.

The World Cup will be played at 11 different cities in Russia, with Moscow's Luzhniki as a the seat for the opening and the closing. This stadium has 80 000 seats and has hosted other important events, such as the Olympic Games, the European Cup, the Champions League and the UEFFA.

We wish all the countries participating the best of lucks and may the best team win the Cup!