​The concept of the third man

The concept of the third man is something that we listen to very often when we watch a match or listen to a soccer show. It is an aspect of the game that coaches and teams increasingly try to apply to their style of game.

This concept is driven by coaches like Pep Guardiola and Juanma Lillo, who in their teams practice the positional strategy, which consists on the following: by means of the possession of the ball, they attract the opposing players, in order to find free players isolated from the ball.

Here’s where this concept becomes important as we have to look for the free player of our opponent, or in other words, we have to play with the 'Third Man'. The objective is to create a positional superiority, which means, attract players by using the ball. We have to look for those remote players who play close to the the third player who suddenly appears without drawing the opponent’s attention.

Here is some practical advice as to how to put the ‘Third Man’ concept in practice. You will also find passes exercises that you can use in your training sessions to work this concept:

Here is an example of a pass exercise to use in your training sessions: 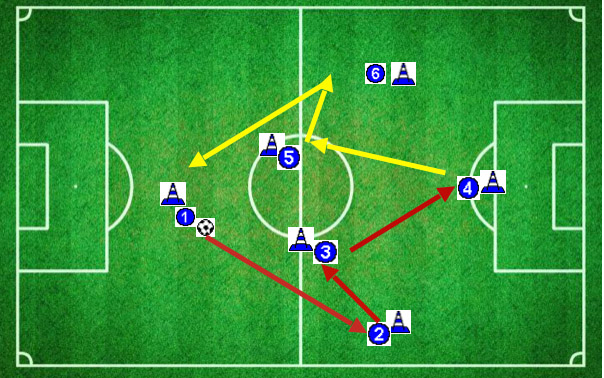