Interview to Jesús Botello, analyst and author of the book Scouting Deportivo

1. How did you become an analyst?

I became an analyst because I wanted to contribute with a differential element to motivate the players I was training. There´s no real distinction between elite players and nonprofessional players. When it comes to winning and losing, the difference is always on the details and, among these details, there’s the way you handle the information.

That’s why, when I was a coach in 2011 in the juvenile league, fighting to get to the Honor Division, I stated that knowing the rival was the key to instilling security onto the players when they are in the field. In those years, there was no manual, assignment nor a single course about “scouting”, so I had to develop my own tools to gather information (templates, presentations, etc.) and come up with my own methodology. I went to the games, wrote down everything I thought relevant, I taped it, and then I structured what I had gathered so it could be used to prepare the following training sessions and then the match. Plus, I shared this information with the rest of the coaches because back then I thought (and I still do) that “sharing is growing” and that the relationship with your teammates and colleagues must always be cordial.

These actions had a certain repercussion in the football world, thanks to a blog where I shared my analysis and reports. Shortly after, one of those coaches with whom I shared this information (Garrido) called me to offer me a job as a sports analyst in Second Division B., at the Écija Balompié. By sharing this information on the Internet, I received several requests coming from different countries for me to explain the methodology I used for my reports.

After this experience, I published the first international book about Sports Scouting, considering the football arena as the starting point of this revolution and explaining how these tools were essential to professionalize modest football. Nowadays this concept is evolving into a “methodology studying the organizational structure of a Club”.

2. You authored the book “Sports Scouting”, how did you come up with the idea ofwriting this book?

When I shared on the Internet the information I was gathering in my reports, there were many requests from numerous countries asking me to explain my methodology. In those years, I published several articles on Scouting in specialized media, such as ABFutboland Perarnau. I participated in their digital editions and I was also invited as a speaker and professor by the AndalusianRoyal Federation of Football, and I also gave some talks about High Performance at the Andalusian Center of Football Studies and Research. 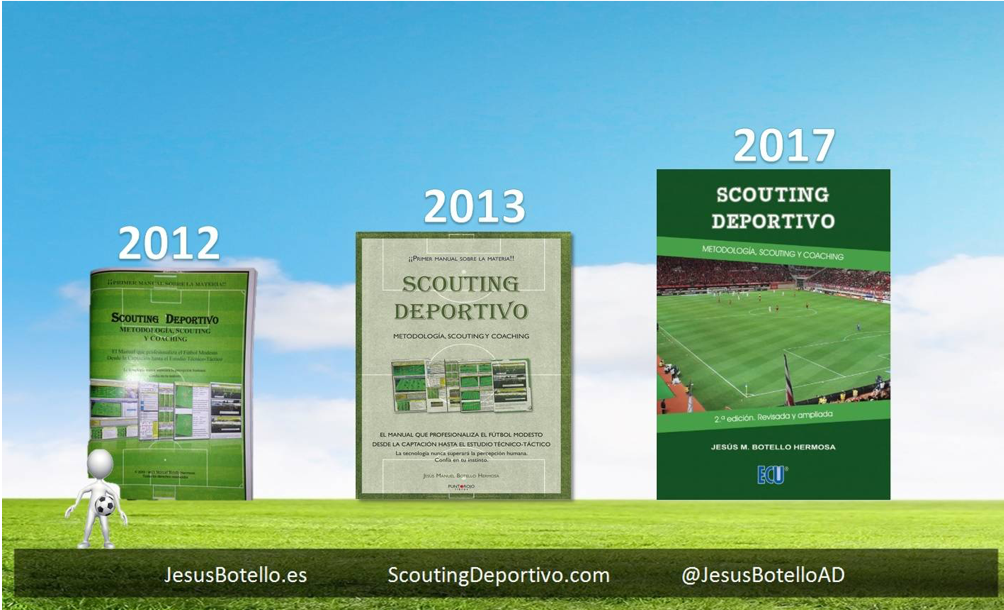 With the experience I got during those years, I published world-wide the first book on Sports Scouting, considered in the football field as the starting point of the revolution of the analyst and the analysis as the key to professionalizing modest football. Nowadays this concept is evolving into a “methodology studying the organizational structure of a Club”, prioritizing the person as the central point of innovation.

3. Your role as an analyst on TV is different from that of the team analyst. How would describe a working day when you analyze Betis’ rivals on a TV show?

It’s basically the same: getting the information to communicate it. Instead of 25 players, the audience could be a million people, but you have to keep the honesty, the sincerity and, most of all, communicate in a way that the people listening to you understand the message. In the end, this is about being effective. In fact, following this parallelism, Football/TV was the first show to do a complete Sports Scouting Analysis on real Betis’ rival and the Sevillian team itself. 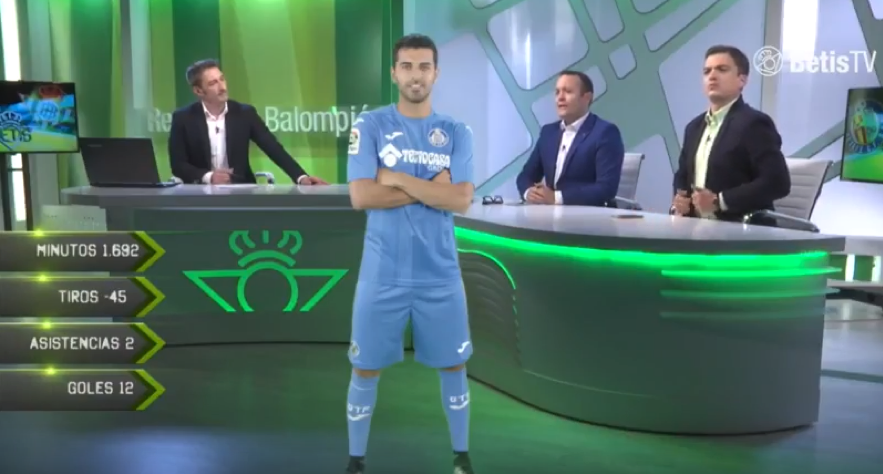 The starting point to analyze a team must be “the present time”. It is common to waste countless hours on useless data when the goal should be understanding the current state of the team. To be more concrete, the rival’s analysis is encompassed in the section “Informe Botello”, which is based on the parameters of Sports Scouting: 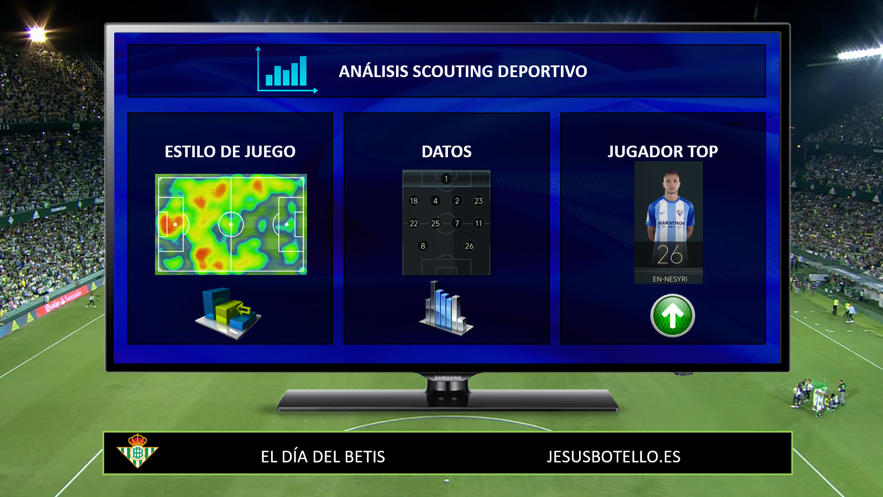 Betis’ Sports Scouting Analysis could be found in the Section “Betis’ Keys”, where we highlight whythe green-and-white team plays the way it does, whywe implement certain tactical variations, whythey use certain players…

The TV show “The Day of the Betis” is the most popular space on Real Betis’ RTV. It is available on Vodafone TV.

4. You are also a Professor, teaching future analysts. What are the essential ideas you want your students to understand? What would be your advice to young people who want to do this job?

I tell them they have to take advantage of this revolution happening in football. Right now, there are many aspects growing in professionalism and now is the time to study and work to make their dreams come true. They must be prepared, and that’s why it’s so important we are trusted by institutions such as the AndalusianRoyal Federation of Football and the Andalusian Center of Football Studies and Research, who have believed in the Sports Scouting and the Analyst as fundamental figures.

More than a piece of advice, I tell them about my own experience and then I mention the importance of being a “good person and be surrounded by good people”. I tell them that “sharing is growing” and that “working, working, working” (Wx3) is the only formula to achieve their goals. 5. Do you think analysts already have the importance they deserve within the technical team? Is there still room for growing in terms of relevance?

From the very beginning, I stated that the analyst should be another member of the technical team, not just an observer, but a figure who can make decisions and plan tasks for the training sessions.

Of course, there’s still room to keep growing, mostly because we have new action fields where analysts can contribute: lineup analysts, training analysts, etc. If the organization is correctly structured, there’s room for these new professions in every club, not just the elite.

6. Given the great season they are having, what elements of Betis’ playing style would you outline?

Their tactical versatility, which has been fundamental throughout the season. It lets them use different schemes where players rotate. This point is key because you can feel these good vibrations in the dressing room and it makes it so much easier to deal with the different egos you find in a football team.

Meritocracy (prioritizing man over name) and attending the trainings as an objective have allowed us to incorporate players coming from the Betis academy, something that distinguishes the team and is key to our principles, it makes us feel like we belong and in complete devotion.

That it is intuitive, simple and practical. LongoMatch is a reflection of everything an analyst should be. Time is priceless and knowing how to use it is important. This tool joins functionality with effectiveness. These are the two pillars of Sports Scouting.