We interviewed Alexandre Silva to know more about how he became assistant coach at the Portugal National Team U21 and his opinion as a LongoMatch user.

I began working as an assistant coach within this technical staff back in 2008-2009 when I undertook my internship as part of my Sport’s Sciences university degree working with the U16 and U19 teams of CF “Os Belenenses”. Ten years ago, video analysis was mainly focused on own team and opponents’ game analysis. In the search to keep evolving and better develop game understanding as well as a deeper knowledge of the training methodology, we started recording and analysing some of the training sessions and afterwards making presentations for the players. Once we started working in the Portugal U21 National team in 2010-2011 we made video analysis one of our top priorities and this has been one of my responsibilities – opponent analysis and our team’s game and training analysis.

2. The work in a National Team U21 is different to a football club. What are the differences when preparing the team for a match?

It is indeed different. In a National team context, we only gather the players every now and then with the particularity that, from training camp to training camp, the squad can possibly see a lot of changes (due to our technical options, players being called to the AA team, injuries, players that aren’t getting that much club playing time, among other things). So, in my opinion, the fact that we don’t have that much time with the players/team makes it of the utmost importance to be very thorough, concise and clear when approaching the strategic side of the game, the ability to detect the opponent’s weaknesses/strengths and the choice of the exercises to explore them, while trying to be as effective as possible when it comes to communicating all of this to the team. Any mistakes in this regard may lead to a negative outcome because, unlike a club setting, you usually don’t get a second chance to make things right in your preparation for a match in a national team.

3. Duringthe season, you have several moments where you don’t interact in person with the players of the National Team U21 as the players are with their respective teams. How do you manage this?

It is true and that time apart can vary from a few weeks up to 5 months! A lot happens in soccer during such time. First of all, we try to keep informed and updated about all the players that are regularly our options or on the brink of making it to our squad. We do this not only through direct observations (in loco) of the players in their clubs’ context but mainly through indirect observations of their games (video analysis). We also try to maintain open and honest lines of communication with the players’ club coaches about their performances or current club situation while monitoring their playing time. It is also crucial that we take advantage of this time to observe players that may be emerging either in Portugal, in lower or youth divisions for instance, either abroad, since we are a country that has culturally and historically a considerable rate of emigration. Finally, we also observe all of Portugal FA’s youth teams (U15 to U20) when they have training camps/friendly games/tournaments during these periods to get acquainted with future prospects.

4. How do you decide who are the candidate players eligible to play to the National team?

The most important decision-making factor for us is player quality (technical, tactical, physical and psychological, to put it simply). To be even more clear, we preferably look for players that are technically very talented and that have good game understanding. Of course there are also other factors we must weigh in when deciding on a call-up such as: competitive rhythm (the player’s current playing time in club or National Team context); competitive level (the higher the level of the competitions the player takes part on, the better); tactical-strategic options (taking into consideration the team’s style of play, the opponent team’s style of play, the type of tournament/competition to be played, and interpersonal relations between the players whether on a social or a sporting level); player club evaluation (ongoing analysis of the player’s club performance); player National team evaluation (ongoing evaluation of the player’s performance and behaviour); discipline (be aware of any ban or suspension the player may currently have or be in the eminence of having); injury history; and future projection (if we believe a player has the potential to become part of the National AA team in the future, we may call him even if, for example, he is getting that much playing time in his club). We must be aware and conscious of the fact that the U21 age group is representative of one of the most important player career periods since they face the transition from junior to senior level, and so the preponderance of the aforementioned factors is variable and should be evaluated on a case by case basis.

5. When you have a tournament with the national Team U21, how do you organize the video analysis work?

I can speak about the experiences we have had in the last 2 European championships, Czech Republic 2015 and Poland 2017, as well as the 2016 Olympic Games, distinguishing between a preparation phase and a competition phase.

Normally the meetings may range from 10 to 20 minutes with the videos ranging from 2 to 8 minutes total time. We try to keep them as short as we can and make an effort not to overwhelm the players with lots of information. To be more specific, we may define 2 or 3 important messages we want to pass along and we chose 2 to 5 clips to support them.

In the preparation phase, around 2 weeks, we usually have 1 to 2 meetings with the team on a daily basis where we present situations from the day’s training(s) session(s).

In the competition phase, since we usually play every 3 days, our training sessions are first and foremost about recovery and so the video analysis focuses mainly on our own team’s last game performance and the upcoming opponent. Needless to say, video analysis becomes as fundamental as the player’s actual recovery. Before our first game we start presenting the opponent’s offensive style of play and main strengths (key players) 2 days ahead, the opponent’s defensive style of play and whatever weak points (for example, spaces to explore) they may have the day before, and on game day we usually show the opponent’s set pieces positioning, goals scored and conceded regarding what we have shown previously, and 1 or 2 training situations that we want to stress out that we find that may have . In between games, we analyse our own and have a meeting the day after and present the opponent’s style of play in 2 short meetings the day before the game. On game day we maintain the same structure just changing the training clips for 1 or 2 of our own game situations.

6. What do you prioritize, your team’s analysis or the opponent’s?

This is definitely a topic of controversy or discussion at least. We actually value both the same. In our view, the strategic side of the game is every bit as important as our team’s tactical analysis, especially in a National Team context. Obviously, we have to acknowledge that this may differ from time to time because it is not the same when you play a stronger or a weaker opponent, just as it is not the same when you are starting out with a new generation or already in its final days in a European Championship, etc. Bottom line, for us it’s 50-50.

7. Semedo, Renato Sanches, Bruma, Guedes, etc. They are good players that belong to the National Team. What can we expect from Portugal in a near future?

And those are just to name a few. It should be noted the significant role clubs have had these past few years through their investment in their youth sectors and player development. I couldn’t also ignore the fact that Portuguese ‘B’ teams have had a deep and major impact in our National teams’ successes, since they were (re)implemented back in 2012-2013, after a 6-year hiatus, and were allowed to take part in Portugal’s professional 2nd League. I strongly believe Portugal will be able to keep representing the country’s football culture in a way that makes its people proud while also being attractive and appealing to other fans all over the world.

It simply makes my life easier! As we’ve talked about, time is of the essence in a National Team context and having a software that helps me get the job done while saving me time to address other aspects of our team’s preparation is just perfect. It is an amazing software, always evolving, always developing, always striving to make its customers’ experience the best possible. I love the fact that it enables me to work either on a Mac or on a Windows interface (as well as on Apple or Android tablets). If I had to chose one of its features as my favourite I would highlight the Presentations tool for all the possibilities it allows, even serving as a database 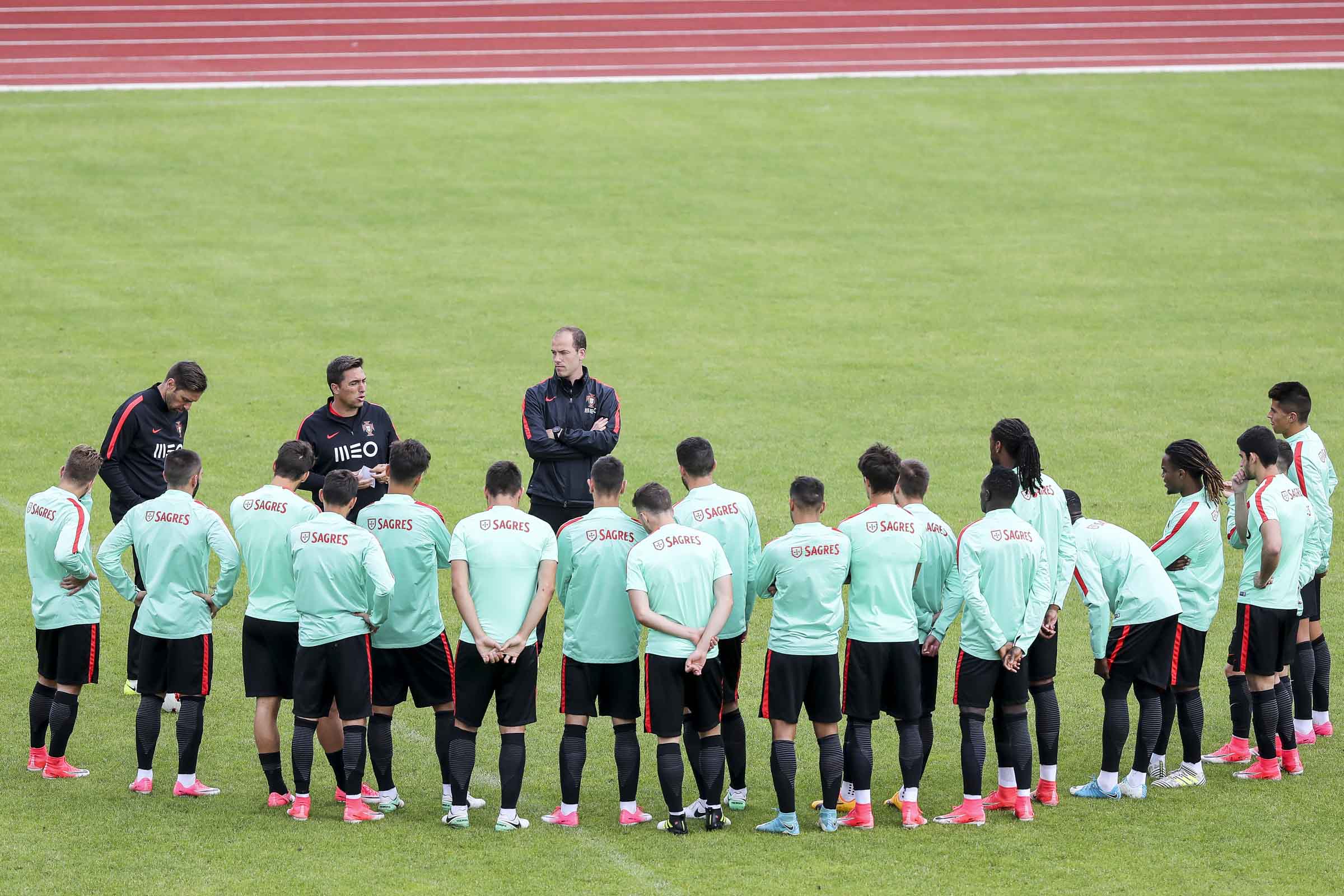 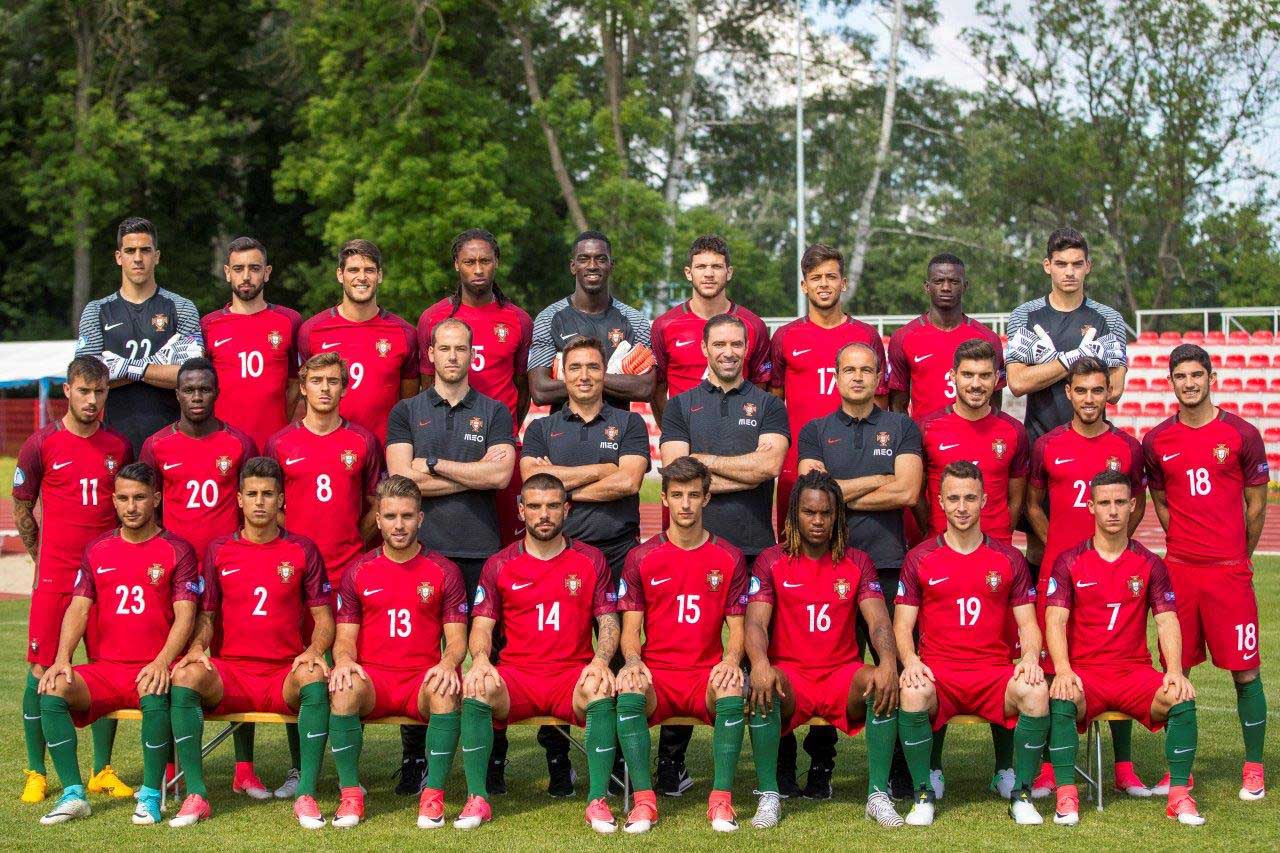