Last Sunday, France and Croatia had an appointment at the World Cup Final. The French team got there after defeating Argentina, Uruguay and Belgium, whilst Croatia had fought for their place in the most important match of the competition after their victories against Denmark, Russia and England. A priori, the Gallic were favorite, but the Croatians had already succeeded in their 3 previous rounds with spectacular comebacks in the overtimes, showing to the world their ultra-competitive side.

The French team entered the field with a small tweak: a 1-4-4-2 line-up instead of their usual 1-4-3-3. However, it was normal for France to Mbappé or Griezmann to run down the field and form a line of 4. In this case, the only variant was Mbappé’s height, who looked for the spaces every time he had a chance. 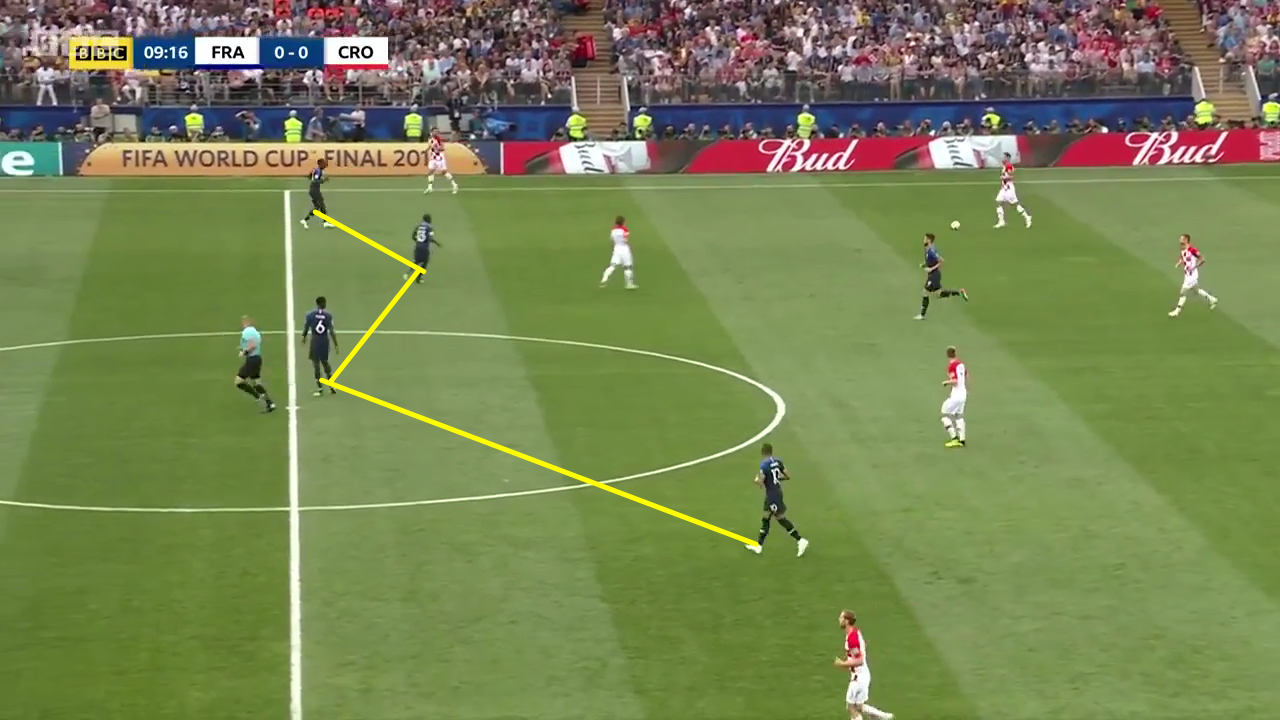 In the case of Croatia, the alignment was a 1-4-5-1. The triangle in the midfield was outlined by Rakitic, Modric and Brozovic. The player from the Inter was always an anchor for the team, ahilst his Real Madrid and Barça companions had more freedom to pressure and attack. Rebic, Perisic (external) and Mandzukic (forward) enjoyed great mobility, shifting places in various occasions, though the Juventus player was placed as forward more often than his teammates. 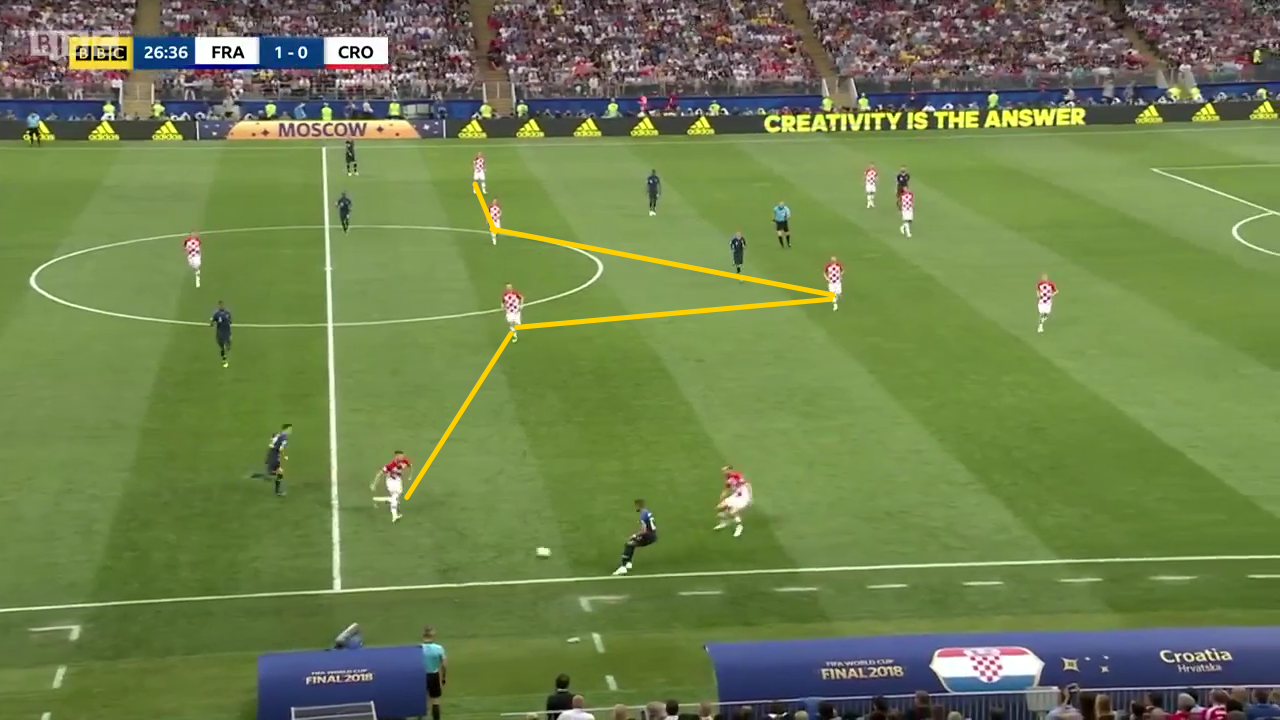 Francia no cambió su modo de jugar en la finFrance didn’t change the way they played for the Final. They wouldn’t hesitate for a second whenever they had a chance to counterattack. In this phase, Mbppé was key: he found enough spaces in the wing defended by Strinic. Paul Pogba was also remarkable since he was able to change the attack orientation without even having to control the ball.

Another option to find the rival’s goal was playing directly towards Giroud. In spite of the stats of the Chelsea player, he is fundamental in Didier Deschamps’ system. He is a fast track to get to the opponent’s field, keeping in mind that France’s midfield lacks a clear organizer. In this case, the disposition to send the ball to Giroud consisted in placing Griezmann in the forwardmost position, to fix the defensive line and make this line close. This way, Matuidi was left unmarked on the left wing of the French attack. On the other hand, Pogba and kanté were placed with Modric, generating superiority so Giroud could leave facing the rival’s goal. Notwithstanding this excellent disposition, Croatia was able to defend well.

For Croatia, the way out rested mainly with Modric and Rakitic, in the space they cleared, and also with Vrasljko and even Strinic.

Normally, they would look for Modric and Rakitic to receive the ball, taking advantage of their great skills. They didn’t give up on the combinative plays, looking for the space in between the lines left by French midfielders and defenders, joining Rebic, Mandzukic and Perisic, or playing near the wings.

Kanté’s performance was not all that positive for France. The Chelsea player had an outstanding World Cup. However, at the end it was obvious he felt overwhelmed, allowing Croatia to play behind his back. France set out a line of 4, without a player as a pivot. This absence resulted into the French defenders’ discomfort. Salic took advantage of this situation by joining Rebic and Perisic in the center, to look for the space between lines and be able to turn. In this context, Kanté was able to intercept only one ball, he made three faults, saw one yellow card and his passes were successful only 57% of the times. Besides, he was the midfielder who touched the ball fewer times (only 19) as opposed to Pogba (55) or Matuidi (30).

As for Croatia, they pressured the French outlet to try and recover the ball or simply to keep Giroud from comfortably receiving the ball. Their pressure was effective when the game started and were able to obstruct the French’s’ outlet. However, the damage was done on Strinic’s side. Mbappé managed to go deep in that wing and, in spite of the good assistance Vida was giving on the side, Croatia just couldn’t find the antidote.

All the analyses in this article were done with LongoMatch, the sports analysis tool. Click here to learn more.